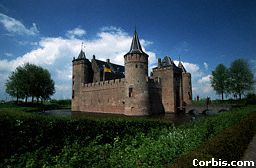 The king entered his chamber. She lay there, the pale moonlight upon her face. She truly was beautiful. Whatever battle scars her body displayed her face had avoided. She did not have the fair hair and pale face of the ladies of the court: she had long, straight, dark hair that spilled now across the pillow, and the tanned skin of those who worked the fields. She seemed to embody the spirit of her land and her people. She was strong and stubborn, but when lying in peace, she was calm and beautiful. Some day the land would be in peace, and everyone would delight in its beauty and simple pleasures. Such was his dream.

For now, that beauty was corrupted, as she had been. The Easterners had destroyed her village, destroying the beauty of the land with it. One of his own men had sought to use her, just as men like him used the Fellowship for their own benefit. They corrupted the ideals of the Fellowship he tried to install, which were to become the ideals of the kingdom. When peace finally came to the land, harming the innocent would be a crime. His Fellowship would strive to protect women, children, and the peasants. All would be equal in law, and none would be taken advantage of. His dream seemed almost out of reach when one of the Fellowship so openly defied the ideals.

He sighed. It had been a long afternoon, dealing with the turmoil of the man's death. Some saw it as the rightful death for a crime committed; others saw it as murder by a Northern bitch.