Thoughts on the Strike 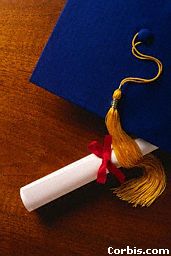 The strike continues. It has now been about a month. A month ago, I didn't think there would be a strike - I couldn't imagine them seriously doing something so disruptive and complicated. But, it happened.

I am a second year Biology/Geography student. Last year, I thought I was unfortunate when I had an exam on the last day of April. So, you can imagine my joy two months or so ago when the exam schedule came out and I saw that my last exam was on April 15th. That would mean I could move out of residence and go home on the 16th. I would be able to start working earlier, which would mean I would be earning more money, and that would help pay for the increases in tuition and residence fees. April 15th has now come and gone, and I am still here. Instead of having exams over and done with, and being able to relax and focus on working, I am still waiting to finish the school year. I can't even start working - I would have to go into work one day and say to my employer, "by the way, I just found out the strike has ended, so I won't be coming into work tomorrow or for the next couple of weeks . . ." Even if the employer was understanding of the situation, it would not be fair to them to have to juggle hours around my schedule - well, make that around YUFA and the administration's schedules. It is hard to go out and find a job when you can not even tell a potential employer when you will be available to work.

So, then there is the option of not writing an exam if it is worth less than 35% of the final mark, if this is indeed true. The headlines on the radio went something like "school's out for York students" and "now York students can get on with their summers" - but, that is not true. I have one exam worth more than 35%, and my friend who is a math major has three exams worth 50% each. Then, there are my three tests which would have occurred during the strike - one has been canceled, one may or may not be canceled, and the other one I have no information on. Out of three labs during the strike, one has been canceled and the other two may or may not be canceled. There is also an assignment due. Even if ALL my exams were to be canceled, I may still have to come back after the strike ends to do the postponed tests and labs. I am not free to go home yet and get on with my life. What maybe should be done is to give students the option of just ending the year now - including any exams worth any amount, any tests, any labs, and any assignments, and having their mark based on what they have completed. This may not be the ideal solution, but then we are not exactly in an ideal situation. I am at the point where I would jump at this chance - I don't care any more how my mark would be affected by not doing these tests, labs, etc. All I want to do is go home. I just want to be able to put school out of my mind, put the strike out of my mind, and go and find a job with a free conscience.

Now, some might argue that not doing remaining tests, labs, exams, etc. would be "letting the students off easy." The stress we have experienced dealing with the uncertainties of the strike far outweighs any stress we would experience with our exams - and, of course, with the students still having to write the tests, exams, etc., we would experience the stress from BOTH situations - the strike and normal exam stress - compacted together.

This week has been especially hard for me. I keep thinking about how my last exam should have been finished on Tuesday, and I should have been moved home by now. I should be able to put school out of my mind and move on. In fact, right now I should be on vacation. Two months ago, a group of friends had planned a vacation - now, the vacation was 'only' to Niagara Falls for a weekend, but we were looking forward to it, and had even booked the hotel room and made our plans two months in advance. Because two of us are York students, we had to cancel our plans because of the uncertainties surrounding the strike - for all we knew, we could have been writing exams today. We are living life on a day-to-day basis right now, and can't make any major plans with our lives.

And the strike drags on. I have heard both sides of the issue, and see pros and cons of each argument. But, I don't care - YUFA could 'win' and the administration 'lose,' or vise-versa, and I could care less. I only care about myself right now, and my 40,000 peers. We are caught in the middle - pawns in their game - and all we want is out. We never asked for this strike to happen - it has been forced upon us. We paid our tuition and residence fees for the year, and did our work all year, only to have our lives put on hold at the year's end. The administration and YUFA both say they are concerned about the students - if so, then why are we in this situation? This is no way to say you care. If you really DO care about us, settle the dispute, and let us go home. Is it so much to ask?