Lord Jim as a Tragic Hero 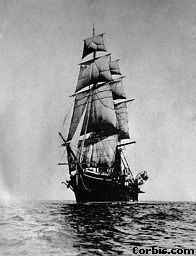 A tragic hero has the potential for greatness but is doomed to fail. He is trapped in a situation where he cannot win. He makes some sort of tragic mistake because of his lack of wisdom, and this causes his fall from greatness. Even though he is a fallen hero, he still wins a moral victory, and his spirit lives on. An example of a tragic hero is King Arthur. He has the potential of being a great king because he is educated by Merlin. He has a flaw, though, which is his inability to face the truth. Arthur tries to ignore the fact that his wife is having an affair with his best friend, and that he is the father of his sister's son. Because Arthur will not deal with his problems, his son and subjects turn against him. He is then killed by his son in battle. Another tragic hero is Jim from the novel Lord Jim. He is a young and ambitious sailor who dreams of being a hero at sea. However, when Jim thinks that the Patna is sinking, he jumps overboard, leaving many pilgrims behind to die. Jim tries many different jobs, but he cannot escape his past. Jim finally goes to the island of Patusan. He wins victory in a battle and becomes the local hero. When a criminal named Gentleman Brown comes to the island, Jim makes the mistake of trusting him. He must then pay for the mistake with his life. Jim is a tragic hero because his spirit is not crushed when his greatness is, he posesses a tragic flaw which causes his downfall, and he wins a moral victory through his death.

First of all, Jim loses his greatness and not his spirit, and so he is a tragic hero. Jim has always dreamed of being a hero. He plans to do this at sea. He dreams of saving the lives of drowning people, or something of that sort. Jim believes "he could confront greater perils. He would do so - better than anybody."[F1] Jim is a skilled seaman, trusted enough to be chief mate of the Patna. Despite all this, Jim loses his heroic potential. In a moment of weakness, he abandons the sinking Patna, leaving behind many innocent people. When the general public learns of this, they look down on Jim. He is not trusted anymore, but he still has hope. He believes that going to Patusan will give him the opportunity to be a hero; "this was a chance he had been dreaming of."[F2] His spirit is still strong because he still wants to be a hero. Because Jim's chances of being a hero are crushed but he still hopes of being one, he is a tragic hero.

Furthermore, Jim is a tragic hero because his downfall is caused by a tragic flaw. Jim becomes a hero in Patusan. He makes a safe and happy home for himself and the villagers. They trust him, respect him, and look up to him as a leader. It looks as if all of Jim's dreams are coming true, and he will live happily ever after. However, this is not the case. When Gentleman Brown comes to Patusan, he has plans to rob the village of food and gold. Jim and the villagers stand in his way. When Jim and Brown come face to face, Jim makes the mistake of trusting a criminal. He believes they are very much alike. Jim thinks Brown and his men "were erring men whom suffering had made blind to right and wrong."[F3] Also, "it is evident that he did not mistrust Brown; there was no reason to doubt the story, whose truth seemed warranted by the rough frankness."[F4] Because Jim trusts Brown, many lives are lost when Brown shoots the Patusans. The villagers are angry that this happens, so Jim is no longer their hero. He has to face the consequences of his actions and let Dormain shoot him. Jim's death is his tragic fall from glory. Since Jim's fall is caused by a naive mistake, he is a tragic hero.

Finally, Jim dies and wins a moral victory, like the typical tragic hero. All his life, Jim is running away from danger and the truth. After he abandons the Patna when faced with danger, all he wants to do is "go out and shut the door after him."[F5] He refuses to face the consequences of his actions. This is not morally acceptable: people should pay for the mistakes they make. When Jim makes the mistake of trusting Gentleman Brown, many innocent lives are lost. Jim can run away to another island and try to forget his past, but he does not. He decides to offer his life to Dormain to pay for his mistake. Dormain shoots him. This is a moral victory because Jim finally faces his fears and accepts his punishment. Jim teaches others the lesson that greatness is acheived by facing your fears and telling the truth. Jim dies and becomes the hero of a story, remembered by many. Gentleman Brown, on the other hand, dies lonely and forgotten in an empty room. Jim is a tragic hero because his death allows him to win a moral victory.

Jim is a tragic hero because his spirit is not crushed when his greatness is, he possesses a tragic flaw which causes his downfall, and he wins a moral victory through his death. When Jim jumps off the Patna, everyone thinks he is a coward, and he is no longer the trustworthy sailor. His spirit lives on, though, because he still dreams of being a hero. Jim's tragic flaw is trusting Gentleman Brown. He is too naive to see that Brown is untrustworthy. When Brown kills a few of the Patusans, the villagers turn against Jim, thus bringing about his downfall. Even though Jim is shot and killed, he wins a moral victory because he finally faces the consequences of his actions. Jim possesses these qualities of a tragic hero, therefore he is a tragic hero.

The Once and Future King by T. H. White