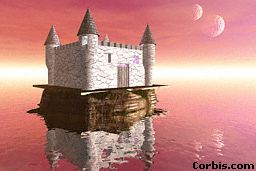 Fantasy novels describe unfamiliar lands inhabited by creatures such as dragons, elves, and hobbits. They describe places where magic is as much a part of life as cars and computers are on Earth. These fantasy lands do not exist. Nobody on Earth has dissected a dragon or travelled to Middle-earth on their vacation. Yet, for some reason, people keep reading fantasy novels. They find themselves caring about these foreign worlds, hoping that the hero will succeed and that there will be peace again. There must be something that writers do to make the readers believe in these stories.

Since fantasy is not real, writers must work hard to make their stories believable. Having unbelievable situations does not work for fantasy. If the reader does not believe at least a small amount in the story, they will not want to read it. They will get caught up in thinking "this is silly" and will miss the main focus of the story.

An example of people not caring about unbelievable stories is "The National Enquirer." Most people who read the magazine do not believe that Elvis is communicating from beyond the grave, or that aliens are living in the White House. They read the magazine for a laugh. Those who do not read the magazine laugh at those who do. On the other hand, people respect newspapers like the "Toronto Star." When they read it, they feel sorry for the murder victims, get angry with the rapists, and complain about the politicians. People read the "Toronto Star" to see what is happening in the world. The believable "Toronto Star" has more people caring about the stories than the unbelievable "National Enquirer."

If a story is not believable, the reader will lose interest and will not care about the story. Therefore, fantasy stories must be believable. To write a quality fantasy story, writers must use verisimilitude in their portrayal of characters, their description of settings, and their telling of events. This is done successfully by writers such as Terry Brooks and J.R.R. Tolkien.

One way that fantasy writers make their stories believable is by using verisimilitude in their portrayal of characters. They do this by making their characters act the way humans do. On Earth, there is a great emphasis put on the fact that everyone is equal. Whether a person is black or white, or rich or poor, has nothing to do with what they are like inside. This should also apply to people with green skin or pointed ears. Although the reader does not look like the character, they should be able to relate to their personality and the way they react to different situations. Otherwise, the character is too distant from the reader, and the reader does not care about the character.

The characters in Terry Brooks novels act the way humans do. An example is Par Ohmsford in the "Shannara" novels. He is a half-elf who must save his brother Coll from a magic cloak that is consuming him. Although Coll might kill Par, Par knows that

somehow he would find a way to call forth the talisman's magic once more, to hold his brother fast while it worked its way through him, forcing him to see the truth, shedding the Shadowen cloak, freeing him for good.[F1]

Most people would want to save someone close to them if they were in danger. Although there are no magic cloaks on Earth, the reader can relate to the situation because they would react in a similar way. They find themselves hoping that Par will succeed.

J.R.R. Tolkien also gives his characters verisimilitude by making them act the way humans do. An example is Frodo Baggins. When he first meets Strider, a mysterious stranger, he is unsure about trusting him. Frodo "suspected now that he had fallen in with a rascal, and he thought uncomfortably that he had brought only a little money with him. All of it would hardly satisfy a rogue, and he could not spare any of it."[F2] People on Earth do not put much trust in strangers, just as Frodo does not trust Strider. Since Frodo reacts how most humans would react in a similar situation, the reader can relate to him. J.R.R. Tolkien and Terry Brooks give their characters verisimilitude by making them act the way humans act. This helps to make their stories believable.

Another way that writers make their stories believable is by giving their setting verisimilitude. They do this by using detail to describe their settings. If a setting is described well, the reader can picture it, and they will feel like they are there. In an essay Tolkien wrote, he talks about giving a setting detail:

Anyone inheriting the fantastic device of human language can say 'the green sun.' Many can then imagine or picture it. But that is not enough . . . to make a secondary world inside which the green sun will be credible, commanding Secondary Belief, will probably require labour and thought, and will certainly demand a special skill . . .[F3]

Tolkien says it takes much hard work to create a detailed setting, but the detail is necessary to make the setting believable. If enough detail is used, anything seems possible in the fictitious world.

Terry Brooks describes his settings in detail, thus giving them verisimilitude. An example is in the "Shannara" novels when Wren first sees the island of Morrowindl:

The sun had drifted west to the edge of the horizon, its light growing soft, changing from white to pale orange. A streaking of purple and silver laced a long line of odd-shaped clouds that paraded across the sky like strange animals. Silhouetted against this panorama was the island, dark and misted and forbidding. It was much larger than any other landmass they had encountered, rising up like a wall as they approached. Killeshan lifted its jagged mouth skyward, steam seeping from its throat, slopes dropping away into a thick blanket of fog and ash . . .[F4]

Because of the detail that Terry Brooks uses to describe the island, the reader can get a clear picture of what it looks like. They almost feel like they are viewing the island with the characters.

J.R.R. Tolkien uses incredible detail to give his world of Middle-earth verisimilitude. He has created maps, languages, calendars, creation myths, and a complete history of Middle-earth. In addition to these general details, Tolkien describes each specific setting in detail. An example is in The Lord of the Rings when Sam first sees Mordor:

Hard and cruel and bitter was the land that met his gaze. Before his feet the highest ridge of the Ephel Duath fell steeply in great cliffs down into a dark trough, on the further side of which there rose another ridge, much lower, its edge notched and jagged with crags like fangs that stood out black against the red light behind them: it was the grim Morgai, the inner ring of the fences of the land. Far beyond it, but almost straight ahead, across a wide lake of darkness dotted with tiny fires, there was a great burning glow; and from it rose in huge columns a swirling smoke, dusky red at the roots, black above where it merged into the billowing canopy that roofed in all the accursed land.[F5]

By using descriptive language in his novel, Tolkien paints a vivid picture of the setting. He does not say, "it was dark and dreary," but instead gives details about Mordor so that the reader can feel like they are really seeing the setting. When the individual settings are added to the maps and legends of Middle-earth, the world obtains depth. When the world is described in this way, the reader cannot help believing it exists.

A third way that fantasy writers give their stories verisimilitude is by telling of events that parallel events on Earth. Many things that happen in fantasy stories have happened in the Earth's own history. The fantasy worlds are really the Earth, only they wear a thin disguise of purple grass and green suns. Because the events in fantasy stories have happened on Earth, the reader believes that they can happen in other worlds.

One parallel between Terry Brooks' world of Landover and Earth is the pollution problem. The land and plants of Landover are dying. The Lords of the Greensward use and abuse the land, although the River Master's People try to keep it clean and beautiful. The River Master says to Ben Holiday:

They continue to harm the land through their use of it. They cause sickness to spread through their carelessness and disregard. They bring sickness not only to their own homes in the valley, but to ours as well-to the rivers and the forests that belong to us!

Your world is really not so different from my own, River Master. There are many who pollute the land and water in my world as well, and they disregard the safety and health of others in doing so.[F6]

Pollution is a concern on Earth in the twentieth century. Nature is being polluted by the machines and chemicals that people use. People on Earth recognize that the world is in danger and it has to be cleaned up. Because pollution is an issue on Earth, readers can relate to the problem in a fantasy world. The situation is believable because the reader has experienced it.

J.R.R. Tolkien parallels Earth with the character of Sauron. He is an evil person who tries to take over the world. All he cares about is having power over the inhabitants of Middle-earth. He destroys people and places without any remorse. One way that he tries to control the inhabitants of Middle-earth is by giving people rings as "gifts." Once he has the One ring, he will have control over the others:

Sauron wants to "in the darkness bind" the other inhabitants of Middle-earth, and will stop at nothing to do this. He is similar to Hitler on Earth. He killed innocent people because they were of a different religion. He tried to control the world by eliminating all Jewish people and by fighting against the other people in the world. Both Hitler and Sauron are evil, and they try to get power over others. Since Sauron is like Hitler, the people on Earth can believe that people like that do exist, both on Earth and in other worlds. By paralleling a situation on Earth, Tolkien makes his story believable.

Fantasy writers like Terry Brooks and J.R.R. Tolkien incorporate familiar situations into their stories. This creates verisimilitude in the stories because the reader knows, from personal experience and from the experiences of others, that the situations can and do happen.

To write a quality fantasy story, writers must use verisimilitude in their portrayal of characters, their description of settings, and their telling of events. Writers give characters verisimilitude by giving them human characteristics and by making them react to different situations in a logical manner. They give settings verisimilitude by describing them in detail. The events that occur in fantasy novels have verisimilitude because they parallel similar events on Earth. All these factors combine to create a story that is believable. When a fantasy story is believable, readers relate to the characters, they care about the fantasy world, and they find themselves wanting to read the story to the very end.

Bickham, Jack M. The 38 Most Common Fiction Writing Mistakes (And How to Avoid Them.) Cincinnati: Writer's Digest Books, 1992.

Coles Editorial Board (ed.) The Lord of the Rings, The Hobbit Notes. Toronto: Coles Publishing Company, 1989.

Hardy, Gene B. Cliff Notes on Tolkien's The Lord of the Rings and The Hobbit. Lincoln, Nebraska: Cliff Notes Incorporated, 1989.

The Lord of the Rings and The Hobbit (Cliffs Notes)