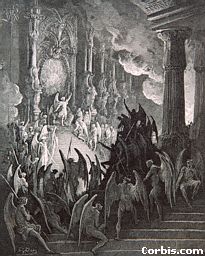 With the success of Petpeeve's pouring rights deal, York has signed another deal to bring revenue to the school. They have entered an agreement with entrepreneur B. L. Zebub. Mr. Zebub owns an established business, which has been around for thousands of years.

Mr. Zebub has agreed to give York a million really cool magic beans. In exchange, his company has exclusive rights to students' souls, an organ located between the spleen and the appendix.

"I think this is a great deal for the students," said York president Thorna Marsbar. "It should not affect the students much whether they choose the destination of their souls. And, in return, we get all of these really cool magic beans!"

Because of York's success, the University of Toronto is considering a similar deal with Mr. Zebub's rival company.