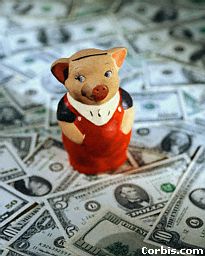 Who says apathy is high among York students? A group of students recently banded together for an awareness and fundraising campaign. Students across campus were outraged when they heard that York's president, Thorna Marsbar, makes $200,000 a year. Although she has requested a $50,000 raise, this has not yet been approved. Students wondered how someone could survive on such a paltry amount. The sympathetic students set up a table in Central Square, where they sold "Save Thorna" bumper stickers and collected donations. "I just felt that something needed to be done," said organizer Jen Uinestudent. "Nobody should be forced to live in that kind of poverty."

One student, who wishes to remain anonymous, donated a large sum to the cause. "I mean, tuition only cost $4,000 this year, and I made almost that much at my summer job at the Thorna Moon ice cream store. I can't live in the lap of luxury when someone else is in need."

The students are planning a benefit concert later this month. World-famous musician Spring is taking time out from advocating human rights in South America to attend. "There are peasant farmers trying to feed their families on degraded land," he said in a recent interview, "but that doesn't even compare to what poor Thorna is going through."

Even singer Welton Don is helping out. He has written new lyrics to "Candle in the Wind," to make people around the world aware of Thorna's plight.

"I'm deeply touched," said President Marsbar of the response. "It's tough. I may have to put off buying my new Mercedes, and I may even have to sell my summer home in Hawaii. Sometimes I wonder how I'll make it through the next day. But, knowing people care makes all the difference in the world."